Toronto, Ontario – March 7, 2022 – PJX Resources Inc.’s (“PJX”) is pleased to announce that Airborne geophysics has expanded the potential of intrusive related gold mineralization on the Zinger Property. The GAR intrusion with grab samples of quartz veins ranging from anomalous to 28.84 g/t gold may be on the edge of a much larger intrusive buried under overburden according to airborne magnetic geophysics. Together, the large targets represent over 3 km of potential gold bearing intrusions on PJX’s Zinger Property in the Vulcan Gold Belt of the Sullivan Mining District near Cranbrook, southeastern British Columbia, Canada.

“The 1600 m long gold in soil anomaly crossing the Gar intrusive and adjacent sediments makes this a large target to explore with potential to discover a deposit similar in type to the Fort Knox gold deposit in Alaska” states Mr. John Keating, President and CEO of PJX Resources. “The deposit potential of the area is further enhanced by the possibility of a second adjacent gold bearing intrusive that may be larger than the GAR target. Additional compilation and interpretation of the 3D Inversion MT-Mag airborne survey data is on-going with more results to be announced.”

Fort Knox has produced 7.5 million ounces of gold since 1969. The Fort Knox granite host rock has a surface exposure of approximately 1100 by 600 meters “m”). This is comparable to PJX’s Gar intrusive target with an interpreted near surface area, from mapping, of approximately 1200 by 500 m. 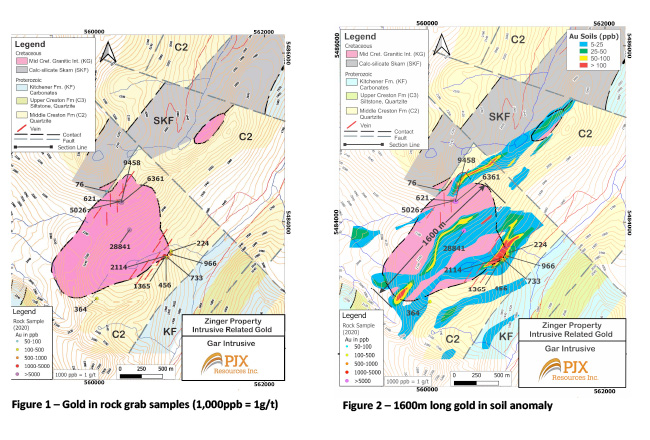 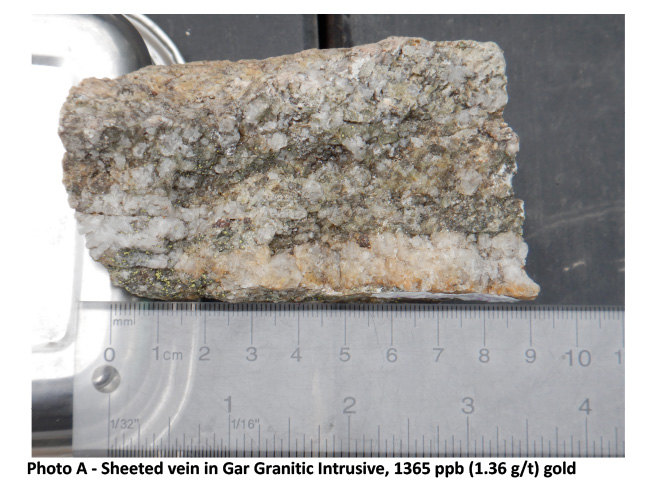 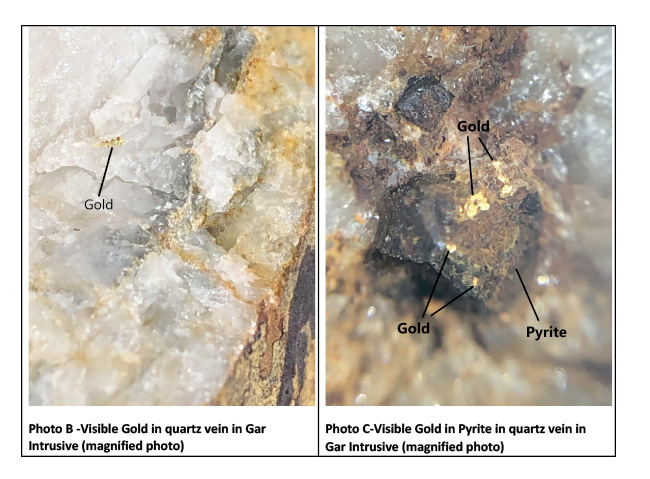 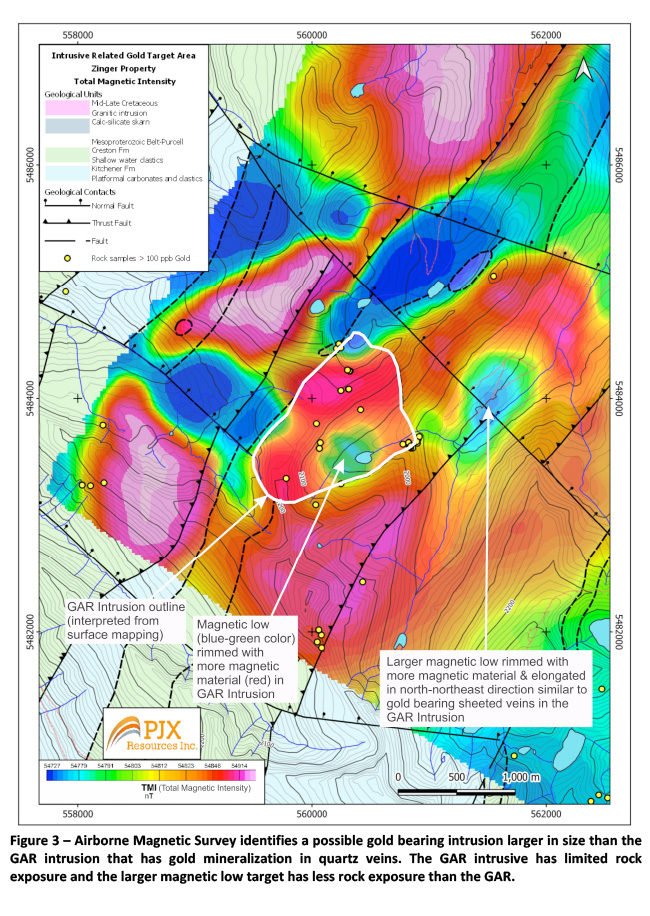 PJX has consolidated the mineral rights to the largest land package in the Sullivan Mining District and has identified over 20 gold and/or copper, lead, zinc, silver, cobalt target areas to date. The Gar intrusive is just one of these target areas, another is the high-grade David Gold Zone on PJX’s Gold Shear Property. Go to https://pjxresources.com/ for more information.

The David Gold Zone on the Gold Shear Property occurs within a 4 to 5 m wide shear zone with a central core of high-grade mineralization with the highest grade being 0.8 m of 196.69 g/t gold in historical hole 91-43 (See photo below). PJX drilled on strike and along the interpreted plunge of the David Gold Zone in October-November, 2021. PJX has been informed by Bureau Veritas Laboratory that a cyber attack on their company in November-December 2021 has resulted in a delay in lab results. The next date for completion of analysis of all the core may be possibly 4 weeks or more away. Once received, PJX will be in a position to analyse the data and then communicate the results along with proposed plans for the David Gold Zone and other targets on PJX’s Gold Shear and adjacent Eddy Properties. 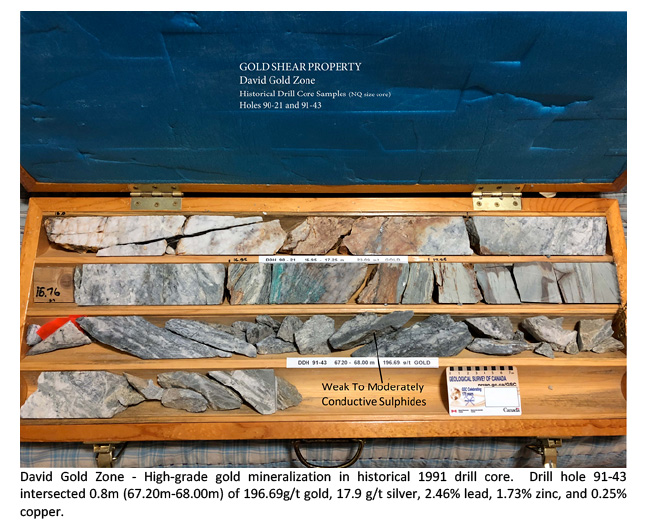 The foregoing geological disclosure has been reviewed and approved by John Keating P.Geo. (qualified persons for the purpose of National Instrument 43-101 Standards of Disclosure for Mineral Projects).  Mr. Keating is the President, Chief Executive Officer and a Director of PJX.

PJX is a mineral exploration company focused on building shareholder value and community opportunity through the exploration and development of mineral resources with a focus on gold, silver and base metals (zinc, lead, copper). PJX’s primary properties are located in the historical Sullivan Mine District and Vulcan Gold Belt near Cranbrook and Kimberley, British Columbia.

Please refer to our web site http://www.pjxresources.com for additional information.

This press release is not intended for disclosure in the United States of America.