Toronto, Ontario – May 3, 2021 – PJX Resources Inc. (“PJX”) is pleased to announce that recent drilling and surface mapping suggest high grade gold mineralization may occur where the gold bearing, west dipping David shear and vein system intersects North-South oriented pre-existing fold structures on the Gold Shear Property. This new understanding will be used to drill test the projected extension of the David Gold Zone down plunge and possible parallel gold zones to the west down dip on the David Shear.

“The David Gold Zone appears to be a typical shear and fold related orogenic gold system similar to others around the world, such as Wallbridge’s Fenelon discovery or Fosterville” states Mr. John Keating, President and CEO of PJX Resources. “The key to building ounces is to first understand what geologists call structural kinematics, which is how fold and shear structures may influence and concentrate gold mineralization. What we’ve intersected in this latest drilling is a larger vertical fold structure than similar related structures at the David Gold Zone. Where the gold bearing David shear and vein system would intersect this vertical fold, and possibly concentrate gold, would be at depth below current drilling, possibly 50 metres or more. We believe there may be a second phase of folding that could also influence the location of high grade gold mineralization. Our next step is to design a trenching and drilling program to further define the kinematics that control gold mineralization, and extend the David Gold Zone to depth and discover potential additional parallel gold zones on strike this summer.” 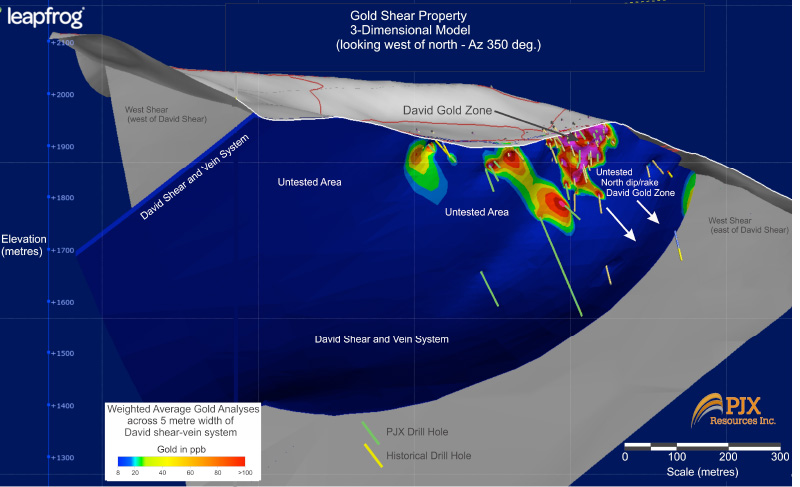 Figure 1 – Modelling of anomalous gold mineralization, using structural orientations from surface mapping and drill hole data, suggests the David Gold Zone may dip or rake to the north along the David shear-vein system, with untested potential down dip and possible parallel zones along strike. 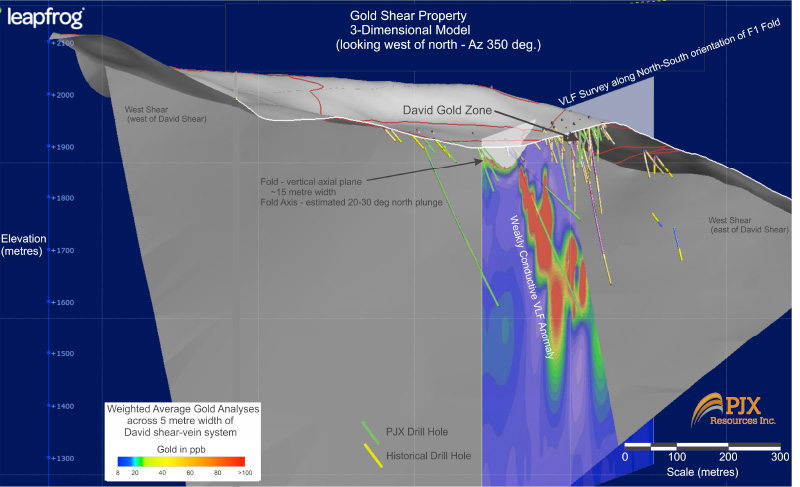 Figure 2 – VLF geophysical survey along the north-south fold orientation has identified a weakly conductive anomaly (shown in red) that dips to the north similar to the David Gold Zone. The anomaly appears to correspond with the David shear-vein system. Breaks in the VLF anomaly at depth may reflect distortions in the David shear-vein system or stratigraphy. Areas of distortion are locations where gold mineralization can concentrate in Orogenic gold deposits and systems, similar to the Fenelon discovery, Fosterville, and others. 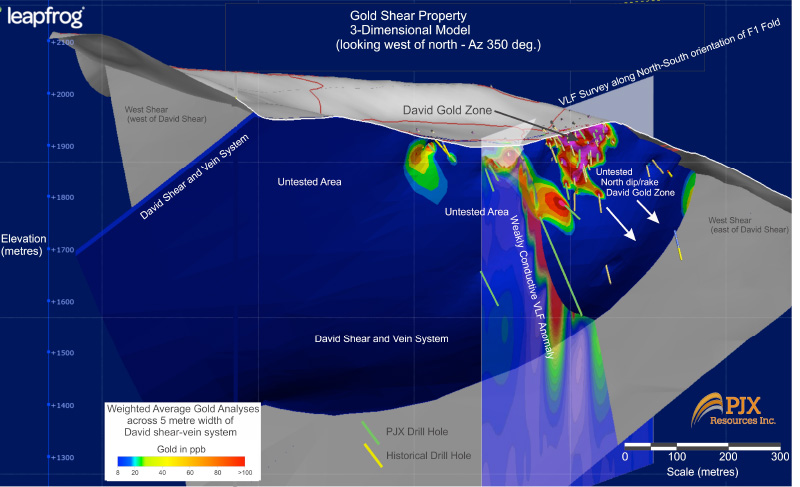 Figure 3 – North dipping VLF anomaly appears to correspond with the intersection of the David shear-vein system and the vertical F1 fold axial plane orientation. This new structural and geophysical observation is similar to the David Gold Zone dip/rake and will be used to help define drill targets at depth and on strike.

The Company is pleased to announce that, subject to TSX Venture Exchange approval, it has extended the term of 12,296,276 share purchase warrants, (the “Warrants”). The Warrants were issued pursuant to a private placement announced on May 1, 2018 and accepted for filing by the TSX Venture Exchange on May 17, 2018. The Warrants are due to expire on May 15, 2021 and are exercisable at $0.25 per share. The new expiration date of the Warrants is May 15, 2022. All other terms of the warrants, including the exercise price will remain unchanged.

The geological disclosure and content of this news release has been reviewed and approved by Michael Seabrook, P.Geo., and John Keating P.Geo. (qualified persons for the purpose of National Instrument 43-101 Standards of Disclosure for Mineral Projects). Mr. Seabrook is the consulting geologist for PJX on the Gold Shear Property. Mr. Keating is the President, Chief Executive Officer, and a Director of PJX.

PJX is a mineral exploration company focused on building shareholder value and community opportunity through the exploration and development of mineral resources with a focus on gold, silver and base metals (zinc, lead, copper). PJX’s primary properties are located in the historical mining area of Cranbrook and Kimberley, British Columbia.

Please refer to our web site http://www.pjxresources.com for additional information.